In the last (Feb 4) installment, I introduced a possible astrological chart for the Society of Jesus, or The Jesuits.  This chart, as seen below, is drawn for the astrological default of Sun on the overhead meridian, or the “Midheaven,” and the central focus of the chart is that Jupiter conjoins the fixed star Regulus on that date, as well as a very tight conjunction of Saturn and the fixed star Spica:

I had also argued that this chart-moment was likely “elected,” meaning that it was astrologically chosen well ahead of time to be the day that the alliance between the Papacy and Ignatius Loyola’s group of papists became official, by way of a Papal bull called the Formula of the Institute.

The Vatican was pleased with this, and on July 21, 1550, Pope Julius III issued an expansive bull entitled the Exposcit Debitum that bolstered the Jesuits as in institution: 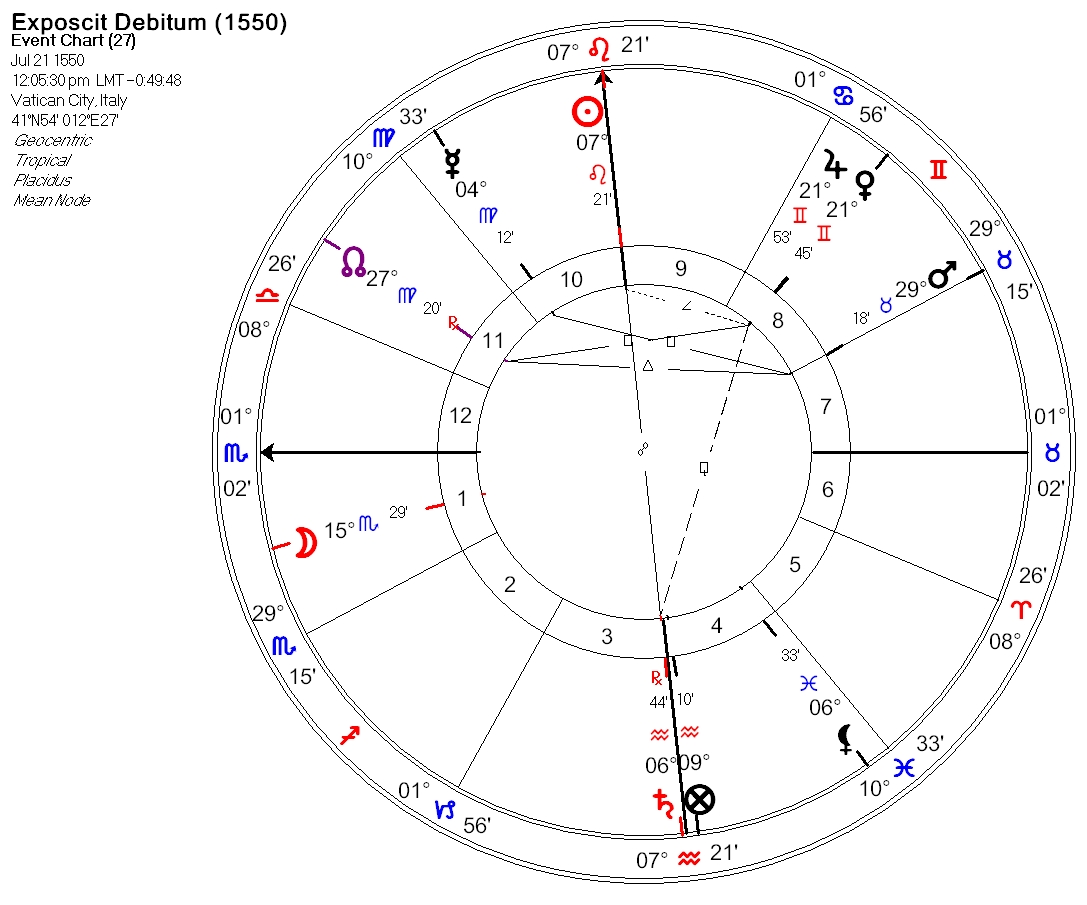 Two very interesting features of this chart stand out.  Jupiter and Venus are in close conjunction in Gemini, and Sun and Saturn are in close opposition across the meridian, from Leo to Aquarius.  In fact, Jupiter and Venus make a partile conjunction on this day, just after sunset, locally.  A conjunction of the two “benefics” would be highly auspicious, and a nice touch to any elective astrology chart.  Saturn in Aquarius is opposite Sun, this time in its ruling house of Leo, and in its own ruling sign of Aquarius.  When in opposition, Saturn is at its brightest magnitude, so we see that this pair of planets is indeed strengthened.

Comparing to the 1540 chart with Saturn in its “exaltation,” helping Sun along, it is easy to see that these two Jesuit charts are all about Jupiter and Saturn. 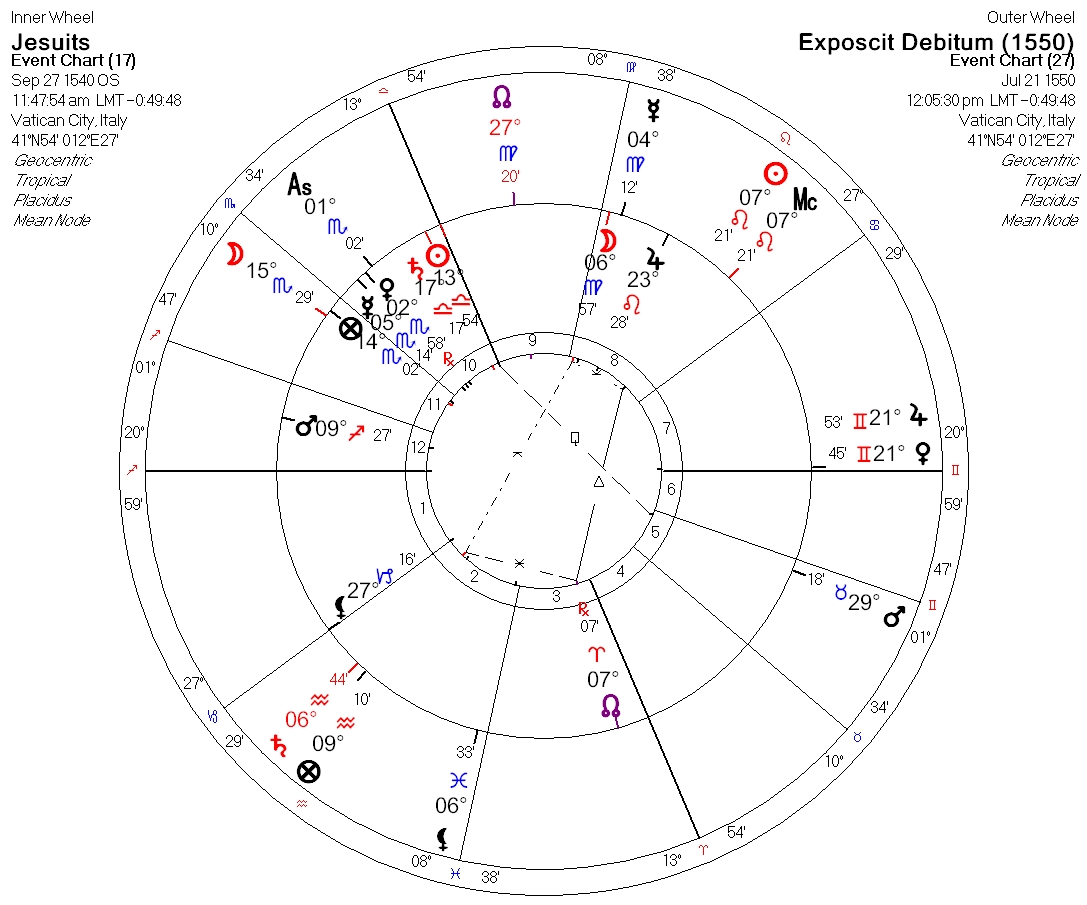 In this bi-wheel, we can see that the 1550 Jupiter/Venus conjunction is conjunct the 1540 Descendant, or the cusp of the 7th house, which is where one might find natural “enemies” (meaning other people who might want to cause you some trouble).

Other elements are notable, such as Mercury in both charts are at the very favorable “sextile” 60º aspect, and the 1550 Sun/Saturn opposition is at a similar angle to the 1540 Lunar Nodes.

So, thus far, what we are seeing is more than likely a very careful and expert astrological effort on the part of the Jesuits and the Vatican.  Of course, at this point in our study, it could simply be just dumb luck that two important Jupiter conjunctions and three important Saturn alignments (to Spica and the Sun) are in the only two Papal bulls on the Jesuits.  As we trudge on with more posts on the topic, the case for a covert astrological paradigm will become clearer, and it will lead us to the present-day situation with our first Jesuit Pope, Francis I.

Emersion: A Blog from Occursion Media on Somewhat Interesting Hidden and Cryptic Astrological Histories
by Jeeni

The New Home of The Hirsch Files' Laramie Hirsch

A Tapestry Blog of Astrology, Politics, Art, and Social Concerns